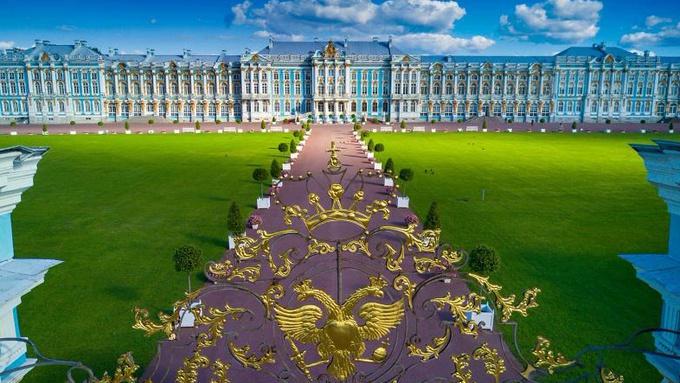 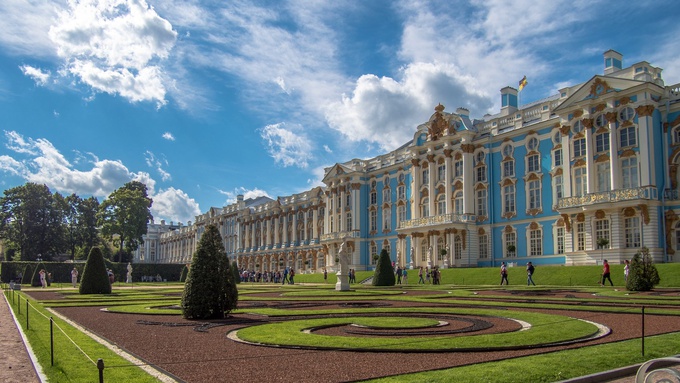 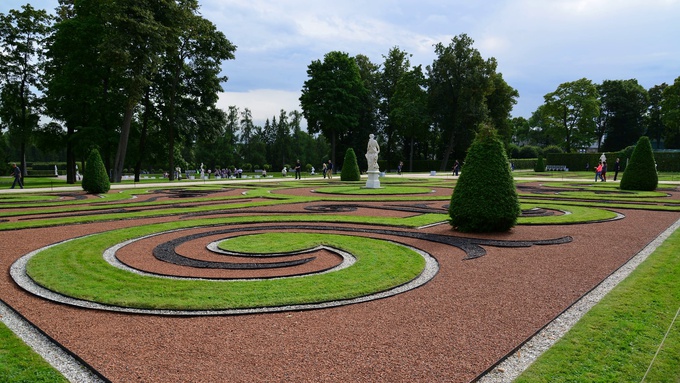 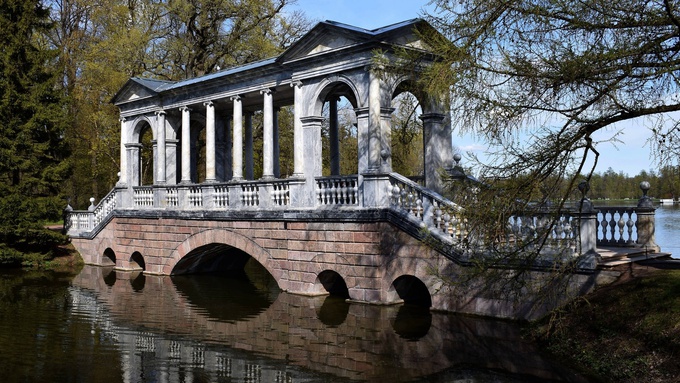 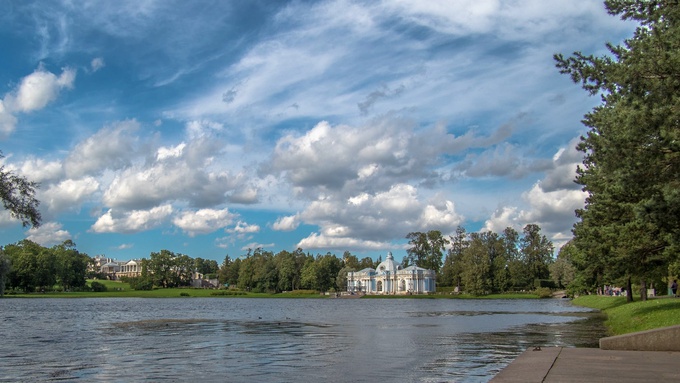 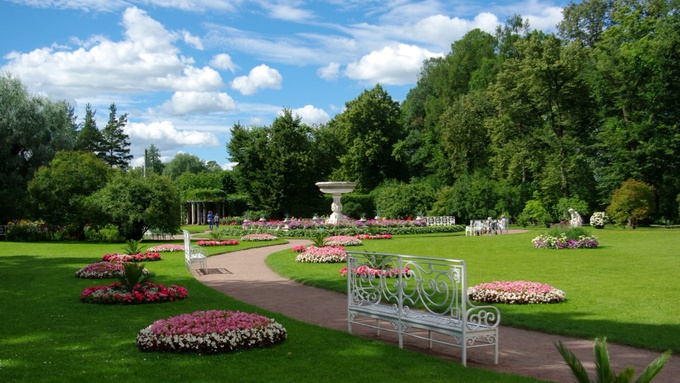 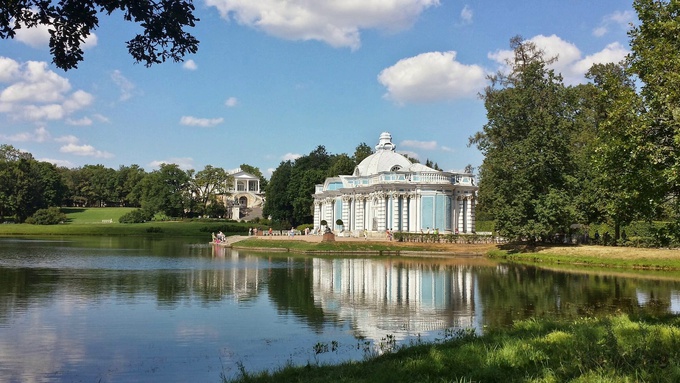 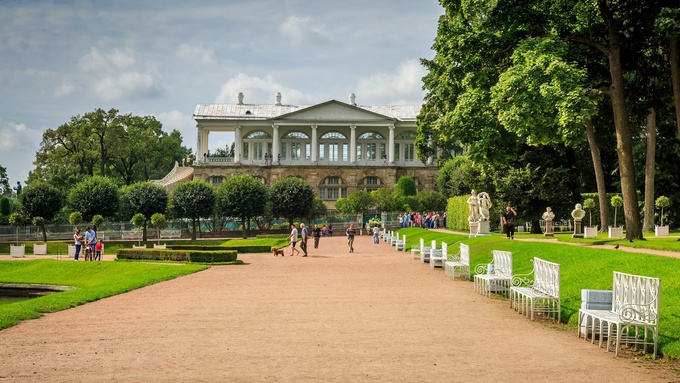 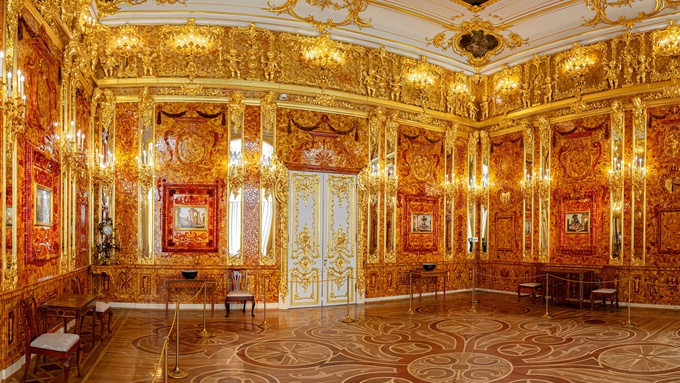 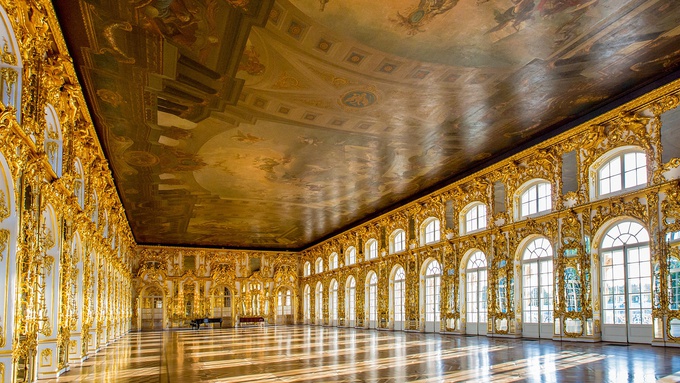 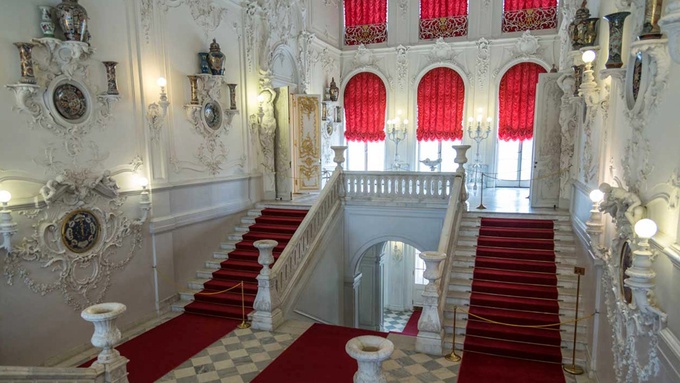 The Catherine Palace is an example of the Russian classical style. It is a magnificent palace owing its admirable beauty to the first owner of Tsarskoye Selo, Catherine I. At first glance, your attention will be drawn to the perfectly chosen color of this masterpiece matching the golden ornamentation of the facade. Inside the palace you will find yourself immersed in Russian history: you can see the tsars’ vast rooms, adorned with genuine antiques and painting masterpieces. Any consideration of the beauty of the interior of the palace has to include the Amber Room. This was renovated in 2003 to mark the 300th anniversary of the northern capital of Russia. Tourists from all over the world come here to enjoy the sights of the imperial estates, which include: the Catherine Palace, the Alexander Palace, the Alexander Park and the other splendid parks with their magnificent palaces. Whatever the truth of that, it was the Dutch master gardeners Jan Roosen and Johann Vocht who laid out the Old Garden in the 1720s on three terraces in front of the imperial palace. At that same time the Mirror Ponds were created on the third terrace and on the stream called Vangaza that flowed down the hill two more ponds: the Upper (Great) Pond and the Mill Pond (later incorporated into the system of Cascade or Lower Ponds). In the middle of the eighteenth century the garden was enlarged, remodelled and decorated with sculpture by Bartolomeo Francesco Rastrelli, who designed the Hermitage and Grotto, and also a Coasting Hill. The great pond with a Lusthaus (amusement pavilion) on an island within it was given a hexagonal shape and surrounded by paths. Click to enlargeFinally in the 1770s Vasily Neyelov and his son Ilya constructed in the garden the Admiralty complex, the Hermitage Kitchen, the Upper and Lower Bathhouses. The Longitudinal (Cascade) Canal extended along the boundary of the garden right to the Lower Ponds, incorporating twelve weirs.